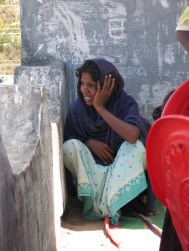 Dawn Fallik is an award-winning reporter specializing in database analysis, medical coverage and digital storytelling. She is an assistant professor at the University of Delaware who worked at The Wall Street Journal, The Philadelphia Inquirer and The Associated Press.  She was co-director of the National Institute of Computer-Assisted Reporting.

She spent 15 years as a staff reporter for The Philadelphia Inquirer, The Associated Press and the St. Louis Post-Dispatch. She witnessed an execution, investigated medication errors and spent a month in India covering the tsunami rescue and recovery.

Reporting: Fallik left full-time reporting in 2007. Her freelance work has appeared in The New Republic, The Wall Street Journal. The Philadelphia Inquirer, Philadelphia Magazine, Neurology Today, Poynter Institute and others.  In the past year, she has written a series of author Q and As for the Inquirer, including Louise Erdrich, Diane Rehm, Erik Larson, Ann Patchett, and Wally Lamb.   Her favorite interview was with “Little Life” author Hanya Yanagihara, who talked about the American “tyranny of happiness.”  Asked if she, herself, was happy, Yanagihara replied, “I’m content, and that’s sometimes.”

Multimedia: Fallik worked on the multimedia desks at the

Wall Street Journal and The Philadelphia Inquirer. Her latest project is a series on the New Jersey and Delaware shores. She has a grant to develop a radio series with NPR on LGBT veterans for summer 2017.

Academia:   Fallik was director of UD’s journalism program from 2009-2013, overseeing almost 200 minors – one of the largest in the school. As a professor, she coordinates the journalism internship program and teaches a variety of classes.  Recently, students covered the Pope’s visit to Philadelphia and had full press credentials to cover the DNC in Philadelphia as well as press access to speeches by Hillary Clinton, former President Bill Clinton, President Barack Obama and Michelle Obama. President Donald Trump denied the request for credentials.

She was a visiting professor at the University of Kansas from 2013-2015 She served on the Ochberg Society Board of Directors, teaching journalists how to cover traumatic situations.

Blogging: Despite her years of investigative reporting on subjects that matter, Fallik has a pop culture problem. After correctly identifying a Project Runway designer’s dress on a Wall Street Journal editor, they hired her to live blog a variety of programs including the Olympic opening and closing ceremonies for London and Sochi. She blogged multiple television shows including Project Runway,  She interviewed Tim Gunn, reviewed U2 and forced herself to taste many samples at the Specialty Food Show in New York City.